We got very interesting pairing for round 6. Everyone is excited to see the top board match between CM Asadli Vugar and FM Gadimbayli Abdulla. They are both from Azerbaijan. Unfortunately, we didn't see such a fight between them, because they made a very quick draw and it took only a few minutes! Journalist didn't even had a chance to take a photo of them.

Azerbaijani 13 years old player, FIDE Master Gadimbayli Abdulla is sharing the 1st place with his teammate CM Asadli Vugar after the 6th round. He ranked #3 on the starting list with 2332 rating. He won all his opponents after 5 rounds and made a very quick draw with his teammate on round 6. 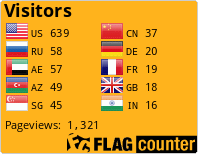